Måtinden in Andøy is one of Vesterålen’s most frequently visited mountains, and for good reasons. From the summit you will be enchanted by views of dramatic mountain peaks and white sandy beaches, among others the hidden beach of Høyvika.

An altitude of 408 does not sound like much, but the spectacular view from Måtinden is out of this world. From the summit you will glance down at craggy mountains, white sandy beaches, endless oceans and the idyllic Bleik Island, which is the home of bird species like puffins, razorbills, guillemots, cormorants and eagles.

To reach the summit, you have three alternative routes. Most people choose to start from Baugtua, which is located at FV7702 between the villages of Stave and Bleik, as it is the shortest and easiest hike. The length of the hike is 3.8 km one way and is classified as a medium difficulty level. The steepest and most challenging section is already at the beginning of the hike, where you will ascend an altitude of 300 meters up to a flat plateau. From here the trail is great. Just before you reach the summit, there are a few more altitudes that needs to be ascended. From Bleik; follow the road along the sea west towards Solsvatnet. From there, follow the marked trail up to Gångaksla, before the last walk up the mountain. At the top, Måtinden reveals itself, with an easy hike the last bit along the ridge, before you meet the trail from Baugtua, and follow it to the summit. The hike from Stave starts with a steep climb before you reach a fantastic view of Høyvika. From there, follow the edge of the mountain towards Måtinden and force the last hill up before you reach the destination.

The routes from Stave or Bleik are more challenging and exposed than from Baugtua. If you feel like doing a longer hike, we would recommend hiking from one village to the other.

There are few streams in the mountains, bring water.

Do not leave trash of any kind along the route. We ask you to bring back absolutely all the waste and throw it in a trash can.

Be careful at the edge of the cliffs at the summit! 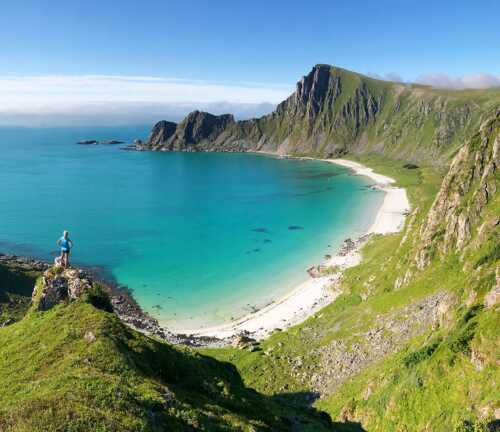 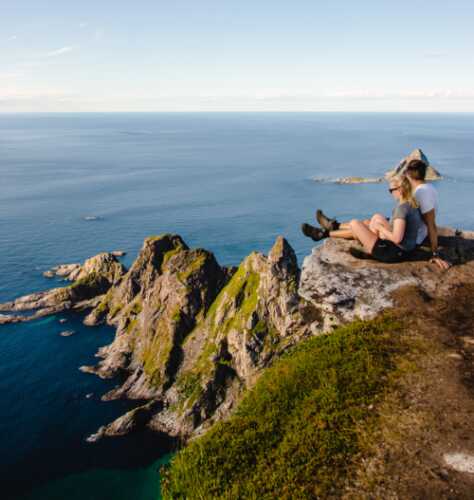 Around Andøya on bike

Marmelkroken - accommodation, food and the experience of nature