The midsection of the island consists of bogs and marshes, known for their Arctic cloudberries. There are numerous lakes on the island including Bleiksvatnet and Skogvollvatnet. The island is also the only place in continental Norway where coal and fossils from dinosaurs are found. Forfjorddalen nature reserve on Hinnøya has some of the oldest pinetrees in Scandinavia, some more than 700 years old.

Lying furthest north in the area known as Vesterålen, Andøy is a mixture of vast areas of marshland fens, with a backdrop of high peaked mountains such as Kvasstinden. The coast is famous for its sheltered bays with white sandy shores. The area has a rich bird life and this is reflected in some good birding localities like Forfjorddalen Nature Reserve and Skogvoll, the latter a Ramsarsite of international importance.

The bird cliff at Bleiksøya, outside of Bleik, is a spectacular and photogenic landmark outside the northern part of Andøya, with many species of seabirds including puffin

The Hurtigruten boat stops at Risøyhamn. Andøya Airport at Andenes is served by Widerøe airlines. During the summer, Andenes is connected to Gryllefjord on the island of Senja by ferry. By car, you reach Andøy on Norwegian County Road 82, northbound from Sortland.

Andøya Air Station is located next to Andenes. It is the home of the 333rd Squadron of the Royal Norwegian Air Force and houses all P-3 Orion maritime patrol aircraft in the Norwegian Armed Forces. Andøya Rocket Range is a civilian facility for launching sounding rockets, located a few kilometres south of Andenes. 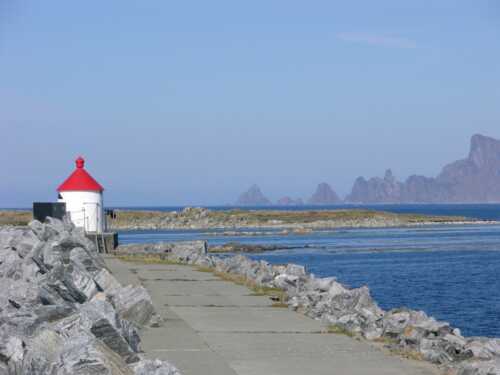 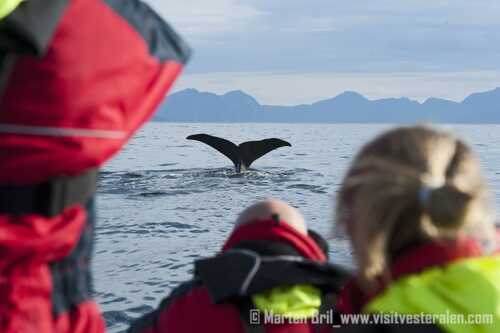 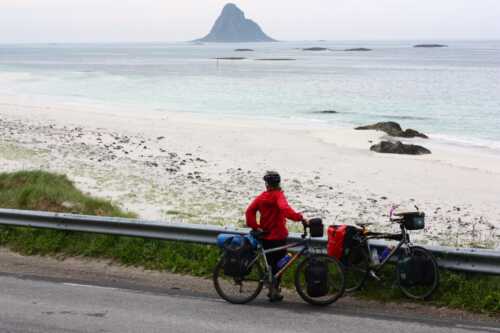